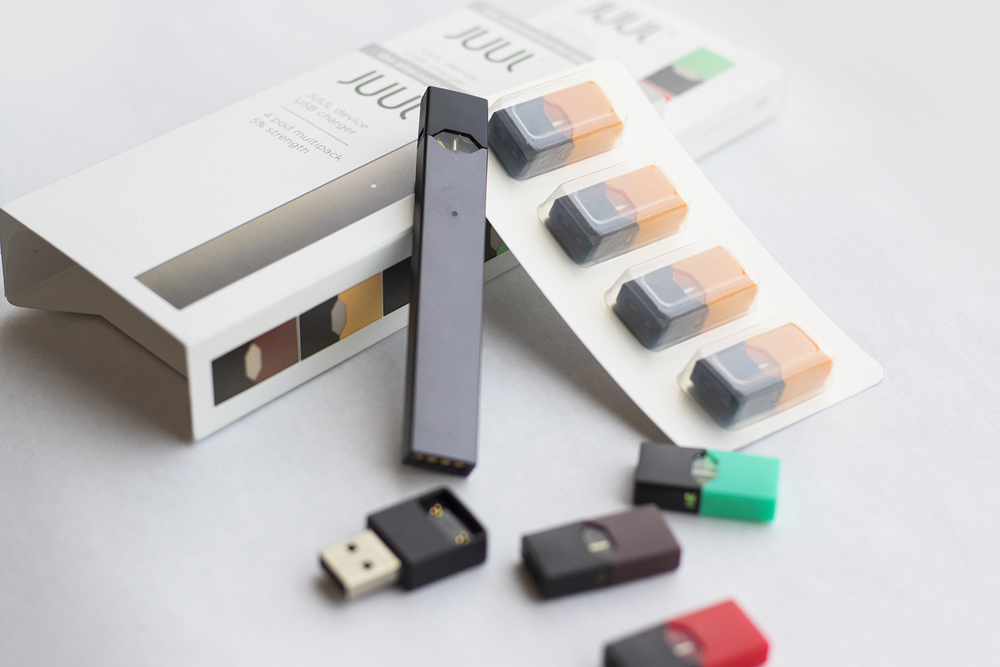 In just two years on the market, JUUL, a new type of e-cigarette, has become so popular among young people that it has already amassed nearly half of the e-cigarette market share. The product’s quick rise in popularity prompted The Boston Globe to call it “the most widespread phenomenon you’ve likely never heard of.”

Here are some important things to know about JUUL, which may be putting a new generation of youth at risk of nicotine dependence.

How does JUUL work?

JUUL devices heat up a cartridge containing oils to create vapor, which quickly dissolves into the air. The device is small enough to fit in a closed fist and has a sleek, tech-inspired design that resembles a USB flash drive.

While its manufacturer says that JUUL is only for adults, it comes in flavors — including mint, mango and crème brulee — which are proven to appeal to young people and facilitate initiation of tobacco product use.

Does JUUL have nicotine?

Yes. In fact, a single JUUL cartridge is roughly equal to a pack of cigarettes, or 200 cigarette puffs, according to the product website. Nicotine is an addictive chemical, and evidence suggests that nicotine use during adolescence and young adulthood has long-term impacts on brain development.

Many young people, however, do not realize that they are inhaling nicotine when they vape or use e-cigarettes. The majority of youth e-cigarette users think that the last time they used a product they vaped only flavoring, not nicotine, according to the University of Michigan’s 2016 Monitoring the Future study. Yet the Centers for Disease Control and Prevention reported that 99 percent of e-cigarettes sold in U.S. convenience stores, supermarkets and similar outlets in 2015 contained nicotine.

Is JUUL safer than smoking cigarettes?

While e-cigarettes are less toxic than combustible tobacco products — still the leading cause of preventable disease and death in the country — there is a catch. Using e-cigarettes has been shown to increase the likelihood of smoking cigarettes among young people.

A new consensus report by the National Academies of Sciences, Engineering and Medicine, Public Health Consequence of E-Cigarettes, states that there is substantial evidence that e-cigarette use increases risk of ever using combustible tobacco cigarettes among youth and young adults. A December 2017 study by the University of Pittsburgh Schools of the Health Sciences, published in the American Journal of Medicine, found that young adults who use e-cigarettes are more than four times as likely to begin smoking tobacco cigarettes within 18 months as their peers who do not vape.